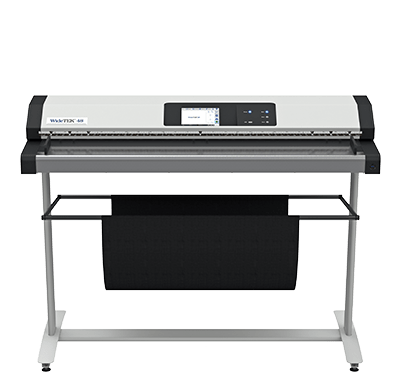 The WideTEK® family of wide format scanners proves that experience and excellence go hand in hand. The history of the WideTEK® brand of large format scanners manufactured by Image Access began more than 13 years ago, with the development of the first A2 color flatbed scanner FBA2. As the first scanner of its kind, the WideTEK FBA2 was equipped with the innovative Scan2Net® Technology from Image Access.

This groundbreaking innovation enabled the world´s first communication with the scanner purely via a TCP/IP network interface. No additional hardware or interface cards, driver installations and configurations were required. Likewise, operating a Scan2Net® scannner was completely independent of the operating system. This technology also made the following generations of scanners unique and served as a purchasing decision advantage around the world.

Based on Scan2Net® and the experience Image Access gained through the manufacture of the FBA2; in 2004, the first large format sheetfed scanners were presented. With scan widths up to 48 inches, Image Access had developed and could market truly professional, quality wide format scanners, branded as the WideTEK® family of scanners.

Since beginning production of the Bookeye® overhead scanners in 1997 and then the WideTEK® family of scanners in 2000, Image Access has since become the only manufacturer that covers the market segments overhead, sheet feed and flatbed scanners with its products.

In 2008, Image Access made the largest product launch in its history, with the introduction of the wide format family of scanners WideTEK® 25, WideTEK® 36, WideTEK® 42 and WideTEK® 48 — four technologically superior new products. With scan widths of 25, 36, 42 and 48 inches, the family offers solutions for scanning all formats from A2 to A0.

Higher resolution at faster scan speeds, as well as standalone operation via a touchscreen display are only three of the unique features of this generation of scanners.

Particular attention was paid to maintenance components. WideTEK® scanners are all equipped with a maintenance free LED illumination and a dust protected camera box.

In 2009, Image Access developed the world´s first wide format duplex scanner for double-sided documents up to 36 inches. The compact WideTEK 36DS needs only four seconds to scan the front and back of a newspaper page in a single pass through the scanner. To date this is the only wide format duplex scanner in the world. And it is a real benefit to customers working in the media control or newspaper archiving businesses.

In 2011, the WideTEK ® family grew again, now including the WideTEK 36C, the first CIS scanner which reaches the scanning speed and quality of a CCD scanner and by far the fastest CIS scanner worldwide. We hope you will follow us to see what innovative new products Image Access will bring to the market next.